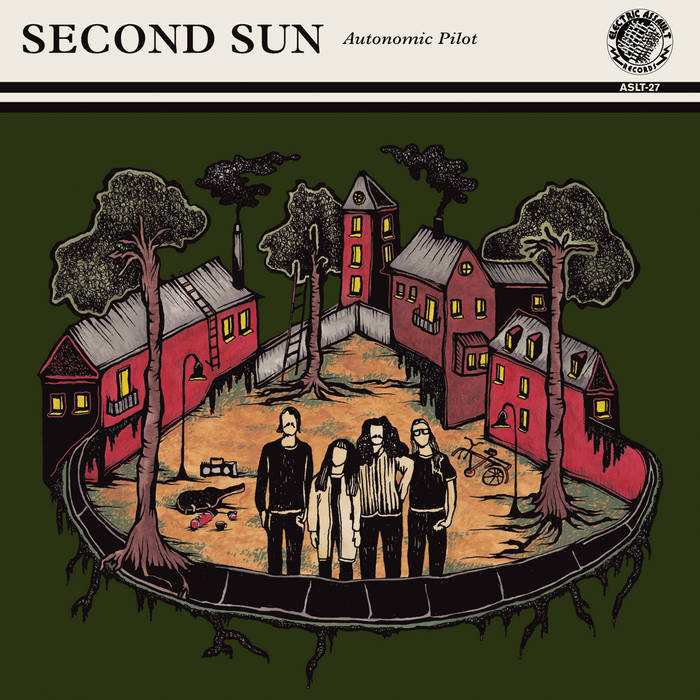 Following the success of last year's debut LP, 'Hopp/Fortvivlan,' Jakob Ljungberg's Second Sun returns this autumn with the brand new single, 'Autonomic Pilot.' What started as a solo project (with Ljungberg performing all of the instruments) has now become a fully realized live rock band, with the 'Autonomic Pilot' session being the first recorded output of Second Sun mach II. Joining Ljungberg are Jakob Enlund (Hunt) on drums, Sofia Rydahl (ex-Gravmaskin) on keyboards and longtime collaborator Marcus Hedman on bass. The record is backed with a fantastic, organ-heavy cover of "Sånt Är Livet," which was originally written and performed by Swedish punk band Bäddat För Trubbel.