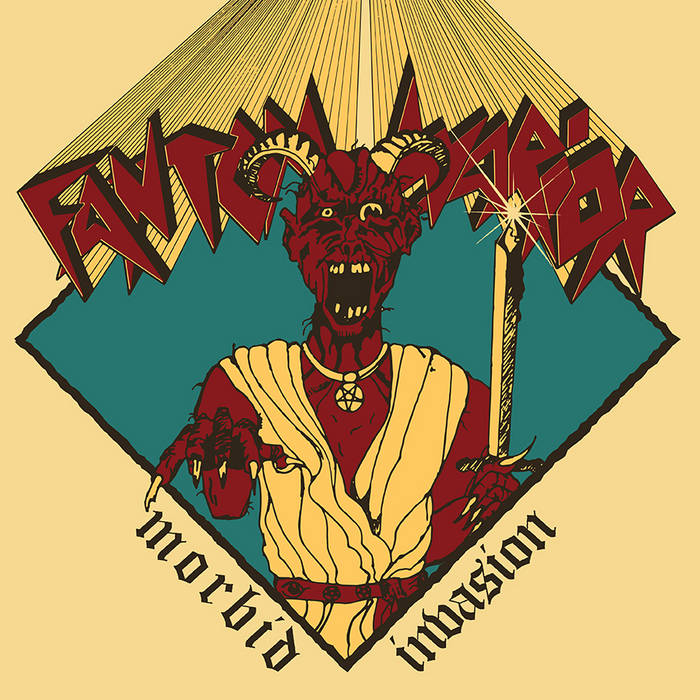 30 years ago, four teenagers from New Jersey set out to create a Thrash Metal band in the vein of their favorite bands at the time: Slayer and Metallica (the band even initially called themselves Phantom Lord). The result, however, was something faster, louder and unbelievably violent, as evidenced by the group's five-track demo tape, 'Morbid Invasion.'

1986 was a turning point for the genre; the aforementioned bands were already well-established and had nothing to prove. Thrash Metal as a whole wimped out. Fantom Warior, however, was just getting started, looking to make a statement with their brutal Power Thrashing Metal. Guitarists Keith Pires and Steve Schley had a precision in their playing that was lethal in its execution and never lost its edge despite the break-neck speeds. Drummer James Jensen effortlessly kept up the pace while bassist/vocalist "Big" John Chernack had a voice that was far more powerful than anyone else in the genre at the time. This tape received critical acclaim in zines around the world and is still revered today in the Metal underground—Fenriz of legendary Black Metal band Darkthrone has even cited 'Morbid Invasion' to be one of his favorite demos of all time!

Electric Assault Records is proud to present this important piece of Underground Metal history in the best possible way: on glorious virgin vinyl. The source for the material was taken from the band's own personal archives, which was then given to Jack Control of Enormous Door Mastering where the audio was carefully treated to ensure the best possible and most dynamic sound for both vinyl and digital. In addition, this release will include a booklet of rare photos and flyers, not seen outside of the band's circle, an interview conducted by former Slayer zine editor Jon "Metallion" Kristiansen and liner notes from fans such as Fenriz and RG of Black Anvil, who formerly fronted the band when they were known as Phantom Lord. This is the ultimate testament to one of Metal's most criminally overlooked bands!

--
All Songs written and produced by Fantom Warior