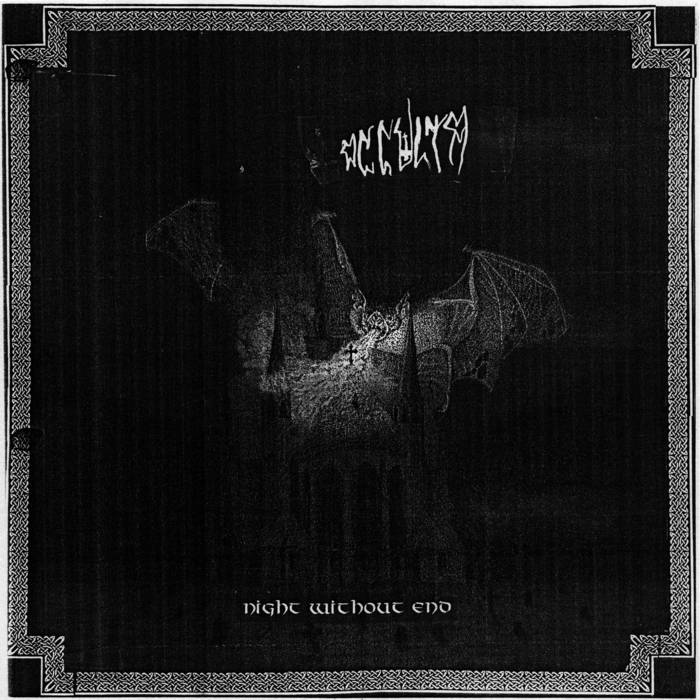 German black metal horde OCCVLTA have come a long way since its humble beginnings in 2004. With only two legitimate releases under their literal bullet belts ('We Command the Wolves' demo in 2010 and a split single with UK hooligan rockers Salute in 2012) and select live appearances over the last seven years (which includes festivals such as Live Evil in London and Berlin, Muskelrock in Sweden and Metal Magic in Denmark as well as a US tour in 2012), it is perhaps a sign, then, that the trio's—brothers Torm (drums), Hord (vocals) & Vrgh (guitars)—highly-anticipated full-length, 'Night Without End,' will finally see the light of day 13 years later this June, 2017.

Where most black metal bands these days front an image of "magick" and "spells," OCCVLTA are thankfully the real deal: unabashedly arrogant and oblivious to trends. They carry with them the perfect blend of naive enthusiasm (Hellhammer) and underground ignorance (Darkthrone) with an unfiltered rock n' roll danger (GG Allin), and it shows not only within their explosive live sets but also in their music. Every facet of OCCVLTA is nothing but pure honesty, not just with themselves but with their total artistic vision. Black metal has never been this raw, primitive, crushing and pure since the mid-90's.